Simon says regarding how to use the 5G bioshield sticks, please follow the instructions that come with the stick as opposed to what I said earlier; anti-submarine aircraft are being delivered to Britain for the purpose of maritime patrol against threat of nuclear material; President Trump is acquitted so Democrat/Republican election battle is on; mixed messages on severity of the coronavirus, but regardless will most probably have a negative effect on China’s economy; Simon introduces new member of his team, Erik, the Norwegian Forest kitten.

Simon Parkes: Hello and welcome to a very quick update. I talked about the 5G bioshields and I said that, you know, hold them in your hand and this has caused quite a lot of confusion, and not surprising really, I gave you the wrong information, and the best thing really is just to follow the instruction booklet that you should get. It’s funny because, you know, in a way I’m not too upset about giving you the wrong information because so many people had said to me in the early days, oh secretively you’re making the bioshields. If you’re doing it then you’re making all the money, so people, a small proportion of people but very loud people, were of the opinion that I was secretively doing it all and making the money and the fact that I am... oh hello. Come say hello, come and say hello. That’s Freda, hello. And the fact that I know about as much of them as you do just proves that I’m not the guy who invented them, and I’m not the guy behind them. So no, just follow the instructions on the booklet. I gave you the wrong information because I thought that’s what you would have to do, and you know, I’m promoting these sticks because I certainly believe that spiritual people have the right to protect themselves, but I know as little or as much about them as you do, so just follow the instructions on the booklet. You don’t need to do that and that’ll be absolutely fine.

So let’s have a quick update while the dog and I are here. I don’t if you had a chance to have a quick look to my website but there’s a very interesting development regarding anti-submarine warfare. In 2015 the American government and the British government looked at the possibility of Britain buying anti-submarine aircraft. Britain had a craft called the Nimrod which was an original from a Comet which was the old passenger jet airplane, and the problem with the Nimrod was that it was obviously not designed for a military purpose. It was a passenger plane, and the more and more electronics they put in it, the hotter and hotter it got, and those of you who have an understanding of electronics know that... good girl (dog jumps down), know that if you reach a certain temperature then things stop working. So, there was a gap in Britain’s defense, but it didn’t seem to matter too much. They weren’t that bothered, and then if you remember last year we had that situation with an American and Russian submarine and perhaps some elements of Israeli secret intelligence might have been involved in that, and it became apparent that with the, that the absolute, you know, vindication of President Trump at the Senate, because remember the Senate is a court, so they basically found him not guilty. So it’s very interesting that a day or two days before he was found innocent at the Senate, it was announced that these anti-submarine aircraft were going to be delivered to Britain, and there are nine in total. One has been delivered to Scotland. It’s probably going to Lossiemouth or one of the air bases within that location. The whole point here is that a Cabalistic group would dearly love to do something with a nuclear device. I don’t mean launching a nuclear missile, but placing a nuclear device near a country within maybe a mile, two miles, three miles of it’s water’s edge, and the devastation caused by that would be quite severe. We saw what happened to Japan with a nuclear explosion within the reactor that was caused. Imagine something that was just off the coast. Britain has a number of nuclear submarines and these anti-submarine aircraft are not, as we’re going to be told, used to spy on the Russians, or to support NATO’s troop movements or exercises. These maritime patrol aircraft are specifically to keep an eye on Britain’s nuclear deterrent, because through mind control, it is not impossible to take for a short period of time control of a person, and if that person was a key person on a nuclear submarine, that could be quite devastating. So these maritime craft will be used to observe any other non-registered nuclear submarines or submarines for that matter of a conventional nature, and also to maintain a watch over Britain’s submarines. They are armed. These aircraft are armed with very advanced torpedoes and depth charges, so the point being that if a submarine is seen to go out of control or it’s not responding to the signals, then it will be attacked, and that’s a really important point because with the acquittal of President Trump, the Cabal now have no democratic tools left to remove him. The only way now for them is some form of ridiculous show of strength and so as a background to that Britain is receiving these submarines, but the media and the military at all levels, except the very top will be of the opinion that these anti-submarine craft are there to keep the Russians in hand, or to take part with NATO. So that’s the one thing.

Let’s quickly talk about President Trump. As expected he was acquitted. There was one Republican senator who voted with the Democrats. It’s not surprising really because he had hoped to be president himself, and so he had a lot of bad feeling and a chip on his shoulder, so I’m not at all surprised that he voted with the Democrats. It means now that the gloves are off in a purely political sense for the election, November, the 3rd, 2020. The game is on and literally from today the campaigns start on both sides. It will be very interesting what, well it’s early days yet, but what you should be looking for is the Republicans seeking to take control of the House, so whatever happens with the president’s vote, be sure that the Republicans are not going to be fighting a defensive battle. Many of the map outs have been that basically the Republicans would hunker down. They would attempt to try and get Trump across the line. That’s not what I’m hearing. What I’m hearing is that they’re going to actually not just go for a reelection, but to take control of the House, and I talked about the Speaker of the House, the Democratic Speaker of the House ripping up President Trump’s speech, and that didn’t go down too well and even within her own party that was seen as a very childish thing to do, so we’ve got some exciting times coming with America, but we’ve also got some very serious times coming with that small group of Cabalistic elite who believe, I was chatting with someone yesterday talking about the Bible, believes that the story of, you know, Armageddon, you know, the very end of the world is something that they are responsible for. (noise by cat) Now which one is this one? Come and say hello. What an entrance. Okay that’s Erik. Erik is the spotted one. Hello Erik. How are you doing? Let go, otherwise you will just be falling adrift. He is absolutely determined isn’t he? He is really determined. Go on, up you go. Still a kitten, still very young but obviously decided that he’s old enough now to make his appearance and there he is, so that’s Erik. You had a great opportunity there to meet him. Perhaps in the months and years ahead if, you know, we can keep going he will play more of a role. So listen that’s it. It was just a very quick update.

Disregard what I said about the bioshield. Just follow the instructions and I’ll do the same, and you know, they are working. I’m having a lot of good feedback. It’s so rewarding to have people writing and give us the real effects, and one person actually wrote in and said that they’d put it in their clock, their alarm clock had run out of battery, the power had gone on and it stopped working, and they put this bioshield in and then the clock started, and the clock has been going. And that’s something I must ask the professor is, is it possible somehow that the bioshield can, when it transmutes the radio waves, that the 5G or just ordinary electromagnetic waves, does it somehow do it in a way that the battery can somehow pick up the power and run with it. I mean that’s interesting because if that’s the case, then there’s another product, and something that makes power, and we know that the professor has studied Tesla for goodness knows how many years. One of the main reasons that I was drawn to him [was] because of his real love for Tesla and Tesla’s revolutionary way of looking at science, not the way we taught it in colleges and universities, but his real understanding and you know Lucky, the professor, really has got good grasp on that, so I am hopeful that there will be other products out there that benefit people who are aware and want to make advantage of these things, and remember what I have said, that the elite have these or similar projects going. They have similar things. 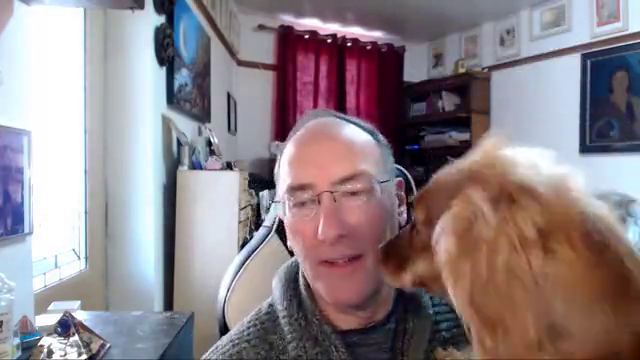