At the Vault in Newcastle upon Tyne

Mantids have a uniform genetic history. Although the Mantid groups have been different they are all part of a higher consciousness. Reptilians are more diverse. They are fantastic geneticists. Hybridization is like putting their own stamp on it. As humans you have individual thoughts, but when you evolve you will have a higher consciousness because you will become telepathic. You will be your own internet. Your higher self holds your extra strands of DNA in an energetic force. Part of the ascension program is reconnecting this voice that was taken from you back into your body. Mantids and Reptilians currently stuck in the 4th dimension. The Mantids realized a long time ago that they were spiritually trapped. Humans are on the verge of advancing. When the mass consciousness of humans raises up there will be a massive energy release. Both the Mantids and Reptilians realize that, but the Reptilians have not been able to throw away their prejudice and their history. Reptilians want to maintain the status quo, and that's why the elite governments are doing everything they can to dumb humans down, to prevent people from becoming spiritual, to control the situation and maintain their power. Reptilians come from a race that literally travels from galaxy to galaxy, beating a race, genetically altering it, taking its ideas, stealing its technologies, They consider themselves better than humans so they come in that mindset. Humans change/evolve very rapidly which is interesting and also sometimes threatening to some off-world groups. Only a specie that has made that spiritual connection and is supportive, loving, and able to accept where it went wrong in the past and change will be able to ascend with the humans. The only ones that will come through are those that have made such a change that they are part of the future.

Simon Parkes: The Mantids have a fairly uniform history in terms of genetic development. The Reptilians of course never came from this part of the universe at all, they are from a very, very different place. When they arrived they went through quite a lot of hybridization. They are fantastic geneticists. They cannot be – the Reptilian group that I know are amazing geneticists and have hybridized quite a great deal of things. It’s part of putting their stamp on it. You’ll find that for instance, that there is a native form of Reptilian, a native form of Reptilian, which has absolutely nothing to do with the Draconis Reptilians. It doesn’t have anything to do with humans either. But it has nothing to do with …

But with the Mantids, they will at all point convene, different groupings and at least have some form of agreement. So the Reptilians are far more diverse, simply because the Reptilians have grown up as different groups very, very isolated with their own agendas. Whereas, although the Mantid groups, have been different, they are all part of a higher consciousness.

You know, Fred down the road painted his front door green. What paint did he use? I’m just asking. Where did he get the paint from, Fred? [unable to distinguish words 1:53 – 1:57]. That’s a high consciousness. There’s nothing evil about that. That’s what we should be like. That’s really...you were like that when you first came here 500 million years ago.

SP: Yes, its been taken from you.

Audience Member: Even though its been taken from you - you still have it. [further comments and cross talk unintelligible]

SP: Your higher self contains your energy DNA.

SP: When we talk about your higher self, people say go ask your higher self, often when you ask yourself, “What’s your higher self?” That’s where they stop because they don’t know, but they know its good. The higher self contains your DNA in an energetic force. This is part of the ascension program. Bringing this – reconnecting that back into you….a voice taken from you. You didn’t of choice give up the ability to [have] telekinesis. You didn’t by choice give up the ability to be telepathic. That was taken from you. So that your knowledge and awareness were taken down so low, you’re still intelligent enough to work, but not intelligent enough to throw off the problems.

So this is what we are doing hopefully is reconnecting with who we truly should be [unintelligible] move forward.

Host: Its getting close to lunch time I think we have time for [connecting?] questions, especially if you just mentioned ascension then. The Mantids are spending a lot of energy working with you and possibly with the humans. They seem to be allied to the human cause or the humans that are in this room. What is it that they want out of their relationships with humans, what are they going to get. [more unintelligible comments]

SP: OK, not to be confused with self ascension. [Very hard to understand the following portion beginning at about 3: 47] The Mantids [unintelligible]. There’s a 3rd dimension, we are going to the forth. Unfortunately there’s quite a lot of different creatures in the 4th dimension and its [unintelligible] Its very dense in the 4th, at the lower end its very heavy.

The Mantids realized a long time ago that they were spiritually trapped. They weren’t able to get out of the 4th dimension. Many creatures, when they are on a search or a quest for technology forget who they are, forget what they are, and they just chase certain things and then they look back and its too late because they’ve lost what they really were. That is the case in the 4th dimension.

Humans are on the verge of advancing; and any creature, any creature, that has a consciousness to make a change and become more involved in love (I’m not going to use the word light), become more involved in love and also benefit from this energy explosion…. there’s going to be this massive force of energy realized when the mass consciousness of humans rises up. Anything that’s connected with that consciousness that is also of a loving disposition, can actually be raised up as well. The Mantids realize that. The Reptilians also realize it, but have not yet been able to throw away their prejudice and their history. So what would possibly happen is that the Reptilians would be stuck while humans actually [unintelligible 5:27]. That has been predicted for millions of years, because this isn’t any kind of a... All planets go through this kind of evolution, and it’s, you know, it’s this one’s time [now? 5:40].

SP: The Reptilians want the status quo and that’s why the elite governments are doing everything they can to dumb humans down, to prevent people from becoming spiritual, to control the situation. So they don’t want change, they want a status quo.

AM: Because they’re trying to maintain their power?

SP: Yes, but you see you have to (well you don’t have to) but it’s nice if you can, you don’t have to agree with them, but you have to understand where they come from. If you com from a race that literally just travels from galaxy to galaxy, beating people, genetically altering them...and you’re not good at creating, but you’re good at stealing technologies… so you beat a race you take it’s ideas, you go to another race you beat it you take its ideas. So you come into that mindset.

Now, they consider human smelly because we excrete, we’re mammals. They don’t excrete in the same way. So they consider themselves better than humans. If you start to produce a mindset that I am better than you, you begin to create this very dangerous ideology around yourself. Then its very hard to challenge yourself and to change. Because they say, “Why should we change? Why should we change? We are the top of the tree.”

Whereas, my view is, when you evolve you are learning. You are developing. So its not a weakness to change. But to them it is a weakness. Think about the industrial revolution. I can’t think of the name of the moth, but the moth is white. So during the industrial revolution, all the smog and the crap coming out of the chimneys – everything was covered in black dust. The white moth stood out. The birds would come and see the white moths and peck them and eat them. So natural selection, which is OK for animals, the black moth survived. Then with the cleanup process, as the towns and cities got cleaner, the black moth started to show up. So they got picked off. In the space of 150 years in went, white moth, black moth, white moth. Now that’s phenomenal.

If you’re a creature that lives off world and lives for 4,000 or 5,000 years – to watch the evolution of something on planet earth in 150 years – its fantastic. The reason that we deteriorate and change is because of the radiation from the sun. That’s what breaks down the human bodies. But if you have body that does not break down, then its absolutely wonderful to watch things change and evolve. Reptiles don’t change and evolve. They don’t do that. OK.

Host: Well, it’s nearly 2 o’clock and people are going to get restless I think. [Lots of noise and cross talk.]

AM: Can I ask one more question, “What do the Mantids look like?” [about 8:50 - I have a good idea from looking at pictures of the Reptilians] [Cross talk]

SP: I’ll take it [then unintelligible 8:57] No video presentation, [unintelligible] I’d be happy later on to show you the drawing of what a Mantid looks like. So I’ve got some stuff to share. [More noise and cross talk]

AM: [asks a question, hard to understand whole question 9:20] With the Mantids loosing the ability to evolve, going down the technology route and not advancing spiritually – something about piggy backing - evolving on the back of our consciousness ...is that against universal principle..[unintelligible 9:39]

SP: It is. The way that it works is that only a specie that is supportive and has made that spiritual connection and wishes to change can be taken with them. Anything that tries to attach that is not of the same frequency as that evolving [unintelligible 9:58] So the name of the game is for different races to define who they are and what they are and what their values are and whether they are prepared to change any views they have and accept where they went wrong in the past. If they can do that, they can buy in and totally change and accept the new situation and understand what love is, and the Mantids actually can understand what love is. [something about the Reptilitans can’t understand what love is] Then they have a chance because the Universe, for want of a better word will say, “Hmmm, I’ll have this but I won’t have that.” What it’ll say is, “That they have made enough effort.”and they’ll take them up. But if there’s a group which says, “We don’t want to change, but we just want the free meal ticket, we want the ride up there.” Then the universe doesn’t work like that. Because it will say, “Your energy is so discordant to what I’m working with …

The only ones that will come through are those that have made such a change that they are part of the future. So its a defense mechanism that you could call Source, God, whatever you want.

AM: In this instances, what will happen to them?

[More cross talk and a question]

Host: 2 o’clock. Get a bit to eat and maybe formulate some more questions. 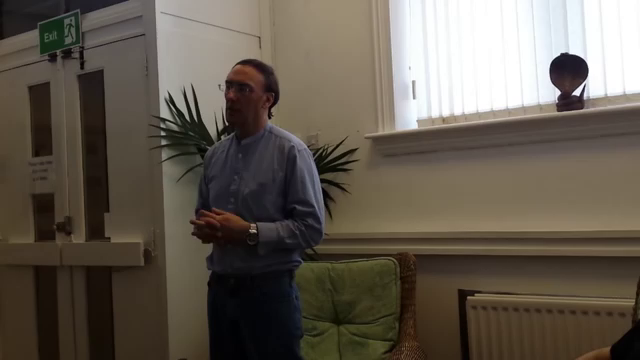