Simon Parkes: Hello and welcome to a pretty brief pretty quick update. Particularly I wanted to bring in the situation regarding Britain, most particularly London, but we will also perhaps have a quick look at the U.S. I have been trying to put as much information out as I can, and a week, a day or so ago I said that troops were going to be deployed in London, and a number of people thought that was rather silly, and it wasn’t going to happen and there were lots of comments, well troops move up and down London all the time. There’s nothing special, nothing important, and that’s true, they do, but you know, I get information from meetings that haven’t yet concluded. People send me messages when things haven’t yet gone to the public domain, and so today, you know, journalists who are close to certain individuals a number of hours after the meeting have begun to receive a bit of information. They’ve leaked that out and that’s exactly backing up what I made public over a day ago now.

What I wanted to alert for all Connecting Consciousness members in the London area, this is the situation. Legislation is as we speak in Parliament and on tomorrow, Friday, it is going to be passed. It won’t be a problem. It’s going to be enacted. This is for a partial martial law. That’s not the word they’ll use of course. The ongoing word is a lockdown in the London area. I have said to you the M25 was originally, this was many years ago, was originally built exactly for this purpose. It wasn’t a circular road to take the pressure off London. It was to ensure they had a means to completely isolate London. Now this legislation will allow troops and police if required to have road blocks right across the roads in and out of London. Twenty thousand British soldiers in London and on the extreme of London are now being mobilized, all basic training, all soldiers who are new recruits have been sent home so that the non-commissioned officers who are the backbone of the British army, sergeants, staff-sergeants, corporals et cetera are being moved to the active positions. These guys, these NCOs are the most experienced and they are going to be needed, so they are going to be moved across. The army is going to concentrate on its policing role and delivering certain items. This not only prevents eight–nine million people leaving London if this is what they decide to do, because unfortunately the people of London are now looked on as a super-spreader community. That is exactly the words being used. London is seen as the powerbase of the super-spreaders, and the government is very concerned that this is going to infect the whole of the country.

So I absolutely agree with them that locking London down will reduce the spread, but there is an agenda behind that, and that is that in London, just like in Washington D.C., there are a number of black hats, and if those individuals get wind of an arrest warrant coming after then, they will try and do a runner. Boris Johnson is very close to President Trump, and with all the communications outside of London sealed off, those black hats are going to find it reasonably difficult to get out, and it gives Trump’s agents more chance to, you know, catch up with them and have a chat with them. So that’s what I wanted to do about London.

The other important issue is the collapse of the pound. The pound is collapsing. It is the worst it’s been for 35 years. There’s a very important reason for this. President Trump has announced a one trillion dollar boost. Each American who needs money will receive a check for one thousand dollars in one month and another check for one thousand dollars in the second month. This has given a lot of strength and a bit of hope to the economy in America, and so the American economy, although the Dow Jones is being hit hard, the base isn’t actually too badly damaged, but in Great Britain, where instead of one trillion, Britain announced about three hundred and eighty billion. Those in the know are saying that’s nowhere near enough, and people are literally selling the pound sterling and buying the dollar, so there is a flight from the British sterling to the dollar. The only way that can be stopped is if the British government doubles the amount of money it’s prepared to put into the system. That will only bring some stability, so what I wanted to say to everybody is that, yes, the actions that are about to happen are genuinely designed to prevent the spread of the virus, but there is an underlying story here, which there are certain people who perhaps fear an arrest and of course are in London because that’s where the home of the government is. That’s where they’re embedded.

Why haven’t they run yet? Because they haven’t been given the authority to run yet, or their chain of command is breaking down, or some of them have just taken it onto themselves and just disappeared into the countryside. But either way, don’t be surprised if you see excessive numbers of troops. They won’t be in tanks and stuff like that. They’ll just be in armored vehicles, just lorries and stuff. Don’t be too shocked if you see that. The question is whether rail services will be stopped. I understand they are going to move to a Sunday service throughout the week and they may not stop that.

Private cars, now that’s the important thing. If you’ve got one million private cars leaving London, how the heck do you stop that? We can’t have a Checkpoint Charlie because you’d have a queue all the way, you know, from the M25 right down to Marble Arch, so that’s a point, whether that’s going to use number plate recognition, face recognition technology, perhaps some of you who have been aware know that the police in Britain have rushed that through, so maybe they just need face recognition technology to see who’s coming in and who’s going out. So London is going to be treated very differently from the rest of the country.

So this is my update message really for London CC members. You know, hopefully you’ve prepared a little bit. You are ready. You need to stay in contact with each other. You need to support each other and as long as, you know, I’m allowed to keep making these podcasts, as long as the social media network is maintained, as long as the internet is maintained, we have a method of communication.

Yesterday financially Britain came very close to collapse. You will not read that in any newspapers, and I don’t think there’s any other commentator with that information, but those of you who did go to cash machines, I bet you large numbers of you found those machines weren’t working. Now I have actually contacted the bank. I’ve been told it was an internet problem. What is odd is that Connecting Consciousness members from all over the country have informally messaged me and said that they couldn’t get any money from their cash machines but when they went to the bank, the bank was operational. It’s odd that this internet issue has affected hundreds of miles. Although it worked in a bank but it didn’t work anywhere else, and the reality of this is that what you do is you turn off all your peripheral options of giving out money, because cash machines are taking money not putting it [8:33][out]. They don’t want people taking money out. But you can’t close a bank, because the moment you close a bank you create a panic and a real true run on the bank. So the bank stayed open. They were giving money out, although I understand in European countries, people were being limited to the amount of money they could withdraw. So they were going to a cash machine there were only 70 euros they were allowed to take out.

So that was a very difficult, we had about three or four hours of very very difficult, and then the White House confirmed that one trillion was indeed going to be put into the economy, and so that has given a lot of stability, because if America can stand strong, then Britain will stand strong.

We’re out of the European Union now, so Britain is not financially truly connected to Europe. It is connected to America. So as long as Britain and America can be seen to be working together, then they will survive, and at the moment Britain is slightly out of step with the U.S. It’s not following the U.S. That’s why it’s being penalized. What we should see is a statement from the chancellor or from the prime minister within the next few hours pushing more money into the British economy so that we are more in step with the U.S.

So okay, that’s the update and as I get more news I will tell you. Okay, thank a lot. Take care. Bye-bye. 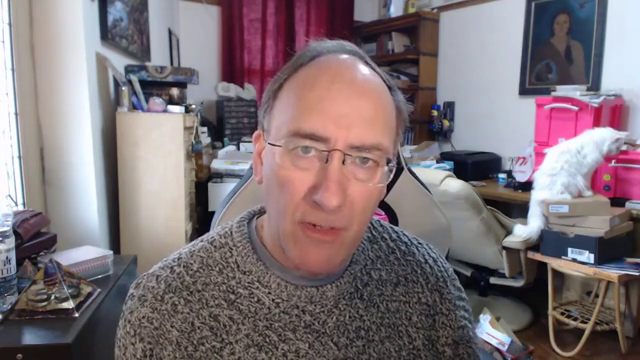