Using the term “sleeper”, suggests that the user has no concept of the state of mind of the unaware person. A person is unaware, because the new information is too anxiety-provoking to reach their awareness. That is: their higher conscious and intellectual levels of functioning. They have not developed the mental capacity to tolerate the anxiety. It does not emerge into consciousness, for them to be able to assess the new information. It is treated as dangerous and life-threatening. They defend against it with negation; blocking it. This occurs beneath consciousness and all that presents consciously from them is: “No” or denial of the new information: avoidance, mocking and ridicule of it and any who speak it. A group of similarly unaware people reinforce this resistance. It is the reality for that group. Increasing the level of anxiety and discomfort will increase their resistance. If the term “sleeper” is used by the “aware”, the fantasy, is that all you have to do, is “wake them up.” That is a luxury, that only the “aware” can have, because they have the capacity to face the new information. It is expecting the unaware person to have the same capacity as the aware person. They do not. That is why they are unaware. And remain so, despite more and more information which is blocked again and again, because it simply increases their anxiety beyond acceptable limits and their mind deals with it as a mortal danger and blocks it out. You do not increase capacity with more severe or more anxiety. This has the reverse effect. It increases resistance. It is life or death for them and their mental means of protection of their mental life is to destroy new anxiety-provoking information before it reaches their consciousness. So, we are seeing that the “aware” are showing that they are not actually aware of the state of mind of the unaware. They are oblivious to the mental mechanisms involved. So, how do you help the unaware person to develop the capacity to face what to them, is a death threat? Yes, paradoxically, the new information that we want to give the unaware, is about the fact that they are threatened at present with death and that realising it may give them some method of avoiding that. But that is not how they see it. They can be exposed indefinitely to suffering without developing an increased capacity to tolerate new information. Why does the media and fake news, as used by the Cabal, work? It engineers perception, creating the illusion of mass safety after demonstrating a mass threat. This harnesses the individual’s anxiety which drives the individual in the desired direction. If the individual feels the whole group to which they belong, is following the same path, this also reduces their anxiety level. It does not increase their capacity to tolerate new frightening information. It reduces the threat level by the group response to a tolerable level and replaces a frightening life or death threat with a perceived rescue. As long as they stick to the Cabal narrative. In other words, the unaware individual takes the “vaccine.” They “protect” themselves against what has been portrayed as: a death threat, by taking a dangerous injection. If we speak to them with new information, and they take any notice of it, they become unprotected from their anxiety. If they trust us, their anxiety may reduce to a tolerable level without closing off their awareness again. Less anxiety, less need for defensive mental resistance. If they perceive more and more people around them dying and they link this to the injection, what will they do? If this increases the threat level to register as a danger and overcomes their defences, they may panic or decompensate in other ways. Pain and suffering break down the individual’s defence mechanisms against anxiety. But this leaves them unprotected from their extreme anxiety. The unaware are using their defensive mental mechanisms to the full. If faced with further extreme pressure, these are likely to be overwhelmed. This may produce cracking or break them. This may be expressed as extremes of physical or emotional violence, addiction, avoidance, attack; increased illness and illness behaviour. The aim of preventing violence and turmoil by prolonging the suffering “to wake them up”, may result in the opposite effect to that desired. They may never wake up. They may just break down. They need leadership that understands their problem. Without that there is no constructive outcome. Dr Richard Prytula Psychiatrist/Psychoanalyst November 2022 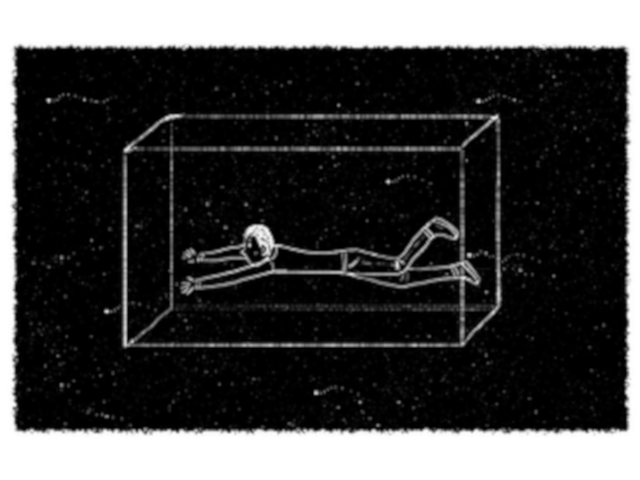